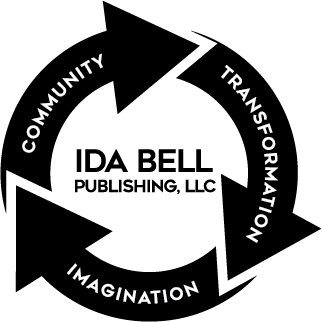 Ida Bell Publishing, founded in 2015 by Wendy Jones, is named after the writer and social activist, Ida B. Wells-Barnett (1862-1931). Wells-Barnett was a Mississippi-born teacher turned investigative reporter and newspaper owner who is most well known for her campaign against the lynchings that took place throughout the United States in the 19th and 20th centuries.

However, she was also active in the Negro Women’s Club movement and the fight for women’s right to vote. She traveled, as an advocate for justice, across the country to wherever African Americans were being mistreated. After her marriage in 1895 to Frederick Barnett, a Chicago lawyer, she called on his assistance whenever incidents called for legal knowledge. As the family grew to include four children, Wells-Barnett continued her social justice work.

She responded to the exclusion of black men from membership in the national YMCA by founding the Negro Fellowship League in 1910. Well-Barnett’s organization provided rooms, meals, a library, and employment information to young black men newly arrived in Chicago from the South. Using the Negro Fellowship League in conjunction with her office as a Chicago municipal court probation officer, Wells-Barnett rescued many African American men from the ensnarement of the criminal justice system. Instead, she guided them towards fulfilling careers and business ownership.

Everything we publish will reflect the high standards for truth and integrity exemplified by the life of Ida B. Wells-Barnett.